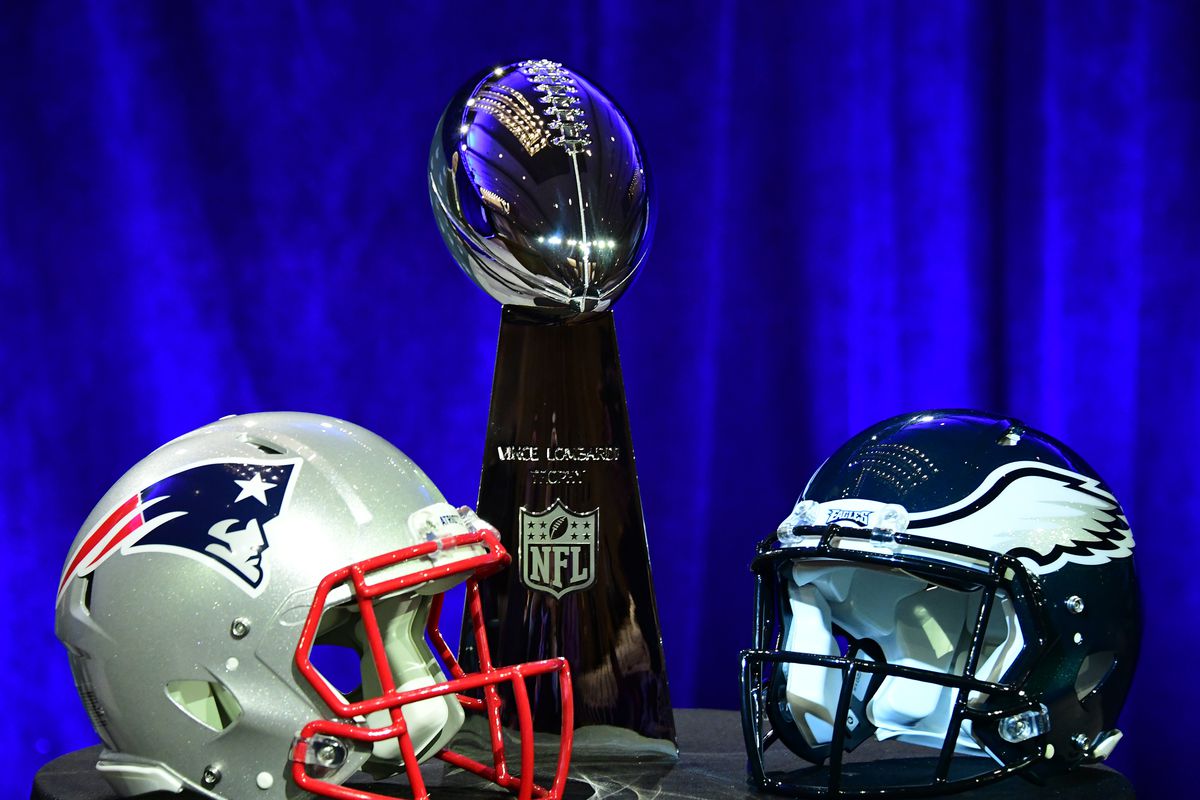 A Brief Primer on Halftime Betting

A Brief Primer on Halftime Betting
By Ted Sevransky Most sports bettors are well versed in the intricacies of betting on sides and totals before the game starts. But any bettor looking to maximize his or her profits needs to have the ability and flexibility to successfully navigate through the course of the entire game. Which means, of course, that halftime wagering is a key element of the successful handicappers arsenal. This includes both games that were bet on from the beginning as well as games that were not bet on before the game started. An astute halftime bettor can use a wager at the half to fulfill all kinds of useful functions. What follows is a brief primer on how the halftime bet can be used, how it can be extremely profitable, and what things to look for when making a halftime bet. Please put your thinking caps on for this one – this article is somewhat complicated, but understanding and using what is contained herein can increase your sports betting profits dramatically.

What a Halftime Line Is, and Why it exists

If you’ve gotten this far, you are familiar with the concept of pointspreads and betting lines, the standard basis for sports wagering around the world. Over the past five years, the popularity of additional wagering possibilities other than the standard side and total for the complete game have become increasingly popular, both among bettors and sportsbooks. One of these options is betting on games at halftime, after the first half has been played. The books offer a line based entirely on action that occurs in the 2nd half. Numerous examples will follow, but the reader should be able to understand the concept that halftime lines are not for the entire game — only the action that occurs after halftime will count for their wager.

Books offer this betting opportunity to bettors for a number of different reasons. The primary reason, of course, is to get more action. Since bettors must lay 11-10 on standard halftime bets, much the same way they do on full game wagers, sportsbooks have a built in 4.5% advantage. The more action they can create, the better off that they are, because sportsbooks make most of their profit through sheer volume. Increasing volume is the goal of any sportsbook director. But that isn’t the only factor that encourages books to post this halftime number for bettors to wager upon. Sportsbooks theoretically desire balanced action on games to ensure their profit. But in reality, most games don’t have spilt action, with equal money on both sides so that the bookmakers profit is ensured. Rather, they have too much liability on one side or the other, meaning a nice profit if the bettors lose, but a big loss if the side the bettors have wins. So, sportsbooks use the halftime line as a way to hedge their own potential losses when they don’t get balanced action.

Figuring Out what the Halftime Line Really Means – Adjusting the Line

Suppose the line for a game between the Dallas Mavericks and the San Antonio Spurs is Spurs -8. Then suppose that the Mavs lead by 6 at the half, and the halftime line is Spurs -7. What this halftime line really means is that the Spurs are now laying only 1 for the game, instead of the 8 that they were laying before tip-off. This number is called ” The Adjusted Halftime Line” as you look at the numbers to compare the halftime numbers with the original numbers. A second example. The Washington Redskins are playing the Dallas Cowboys, with a line of Washington -6 and a total of 38.5 The score at the half is Redskins 20, Cowboys 14. The halftime line comes out at pick ’em, with a total of 20. The adjusted halftime number for the side is no different from the original number of -6. But the adjusted halftime total is now 54, up from the original number of 38.5. And Over/Under selection at the half will be using 54 as a benchmark. With the score already 20-14, meaning 34 points have already been scored, an Over wager at the half will need more than 54 points to cash the ticket, while an Under bet requires less than 54 points for the game to be worth a darn. It’s important to note the added value in an Under bet here. It’s far better than a teaser that gives an additional 6 to 7 points while decreasing the resulting payback dramatically. In this case, you’ve got to watch the first half for free – you have an idea of how well or poorly these two teams are playing. Plus, instead of a measly six or seven points, with a wager on the Under at the half, you are getting an additional 15.5 points (between 38.5 and 54), all for the standard 11-10 ratio, not the lousy odds (12-10 on a two teamer) that you receive on teaser bets. Now that can be an extremely profitable difference!!

The single most useful function of halftime betting is the ability to hedge your initial bet with the possibility of winning both wagers. For those unfamiliar with the concepts involved, let’s do some brief definition work here. To ‘hedge’ a bet means to take a position contrary to your initial wager in order to limit your risk and potentially maximize your profit. The function of this is to lock in some profit when the outcome of the game is still a question mark, or, if you don’t like the direction that the game is headed, you can ‘lay off’ some or all of your bet while the game is already in progress. You can view hedging as a form of bettors insurance – it costs you something, but it increases ‘Middling’ opportunities — to win with bets on both sides in the same game, with no risk involved whatsoever, a bookies nightmare. A middling opportunity minimizes risk while maximizing potential profit, what every bettor dreams of.

Let’s use a concrete example to illustrate the point. Suppose you had bet on the Tampa Bay Buccaneers at home against the Detroit Lions for the game at -4. At the half, the Bucs are winning 20-3, and the halftime line comes Detroit -2.5. You are presented with some real options in this situation. If you don’t necessarily like the Bucs chances despite their big lead, now is the time to come back with a bet on Detroit for the 2nd half. Should the Lions get pounded in the 2nd half, you’ll push for the day, winning the original bet on Tampa, but losing the halftime bet on the Lions. Thus, you will have turned your original winning bet into a push, the worst possible scenario in this example. If the Lions are able to mount a comeback in the 2nd half and lose only, say 23-20, then your halftime wager will have served a very useful function. Instead of losing your original bet with no relief in sight, with a halftime bet, you’ll end up pushing, losing only the juice on one of the two bets. The best scenario involves a fairly common occurrence. Tampa is up 20-3 at the half, but Detroit rallies back, only to lose by a TD, 28-21. Not only were you able to watch the 2nd half risk free; you were also able to win a bet on the Bucs and the Lions in the same game. Tampa covered the -4 for the game, while the Lions covered the -2.5 for the 2nd half. You had no risk, and you won bets on both sides in the same game. This coveted middle opportunity is the key to any halftime handicapping strategy.

Doubling Up on your Initial Wager

There are numerous other possibilities with a halftime wager besides simply hedging your original bet or looking for a middling opportunity. One such possibility is increasing or doubling up the size of your original wager. Let’s say you have the Knicks -7 over the Nets and New York is winning 49-45 at the half, with the halftime line coming at New York -3. There are no middling possibilities here, that’s for sure, because the adjusted halftime line is still -7. They are winning by 4, and the halftime line is -3, meaning the Knicks will have to win by 7 to cover the halftime bet, the same as the original line. But let’s say that you were watching the game and you think that the Nets were extremely lucky to still be in it. After watching the first half, you still like the Knicks, perhaps even more than you did before tip-off. Now you can make an additional bet at the half on New York. You can increase the size of your bet, with the added knowledge of having seen the first half!!

Disadvantages and Pitfalls of Halftime Betting

Limited Time, line shopping, and the ability to think clearly while the game is in progress are three major difficulties bettors have to overcome when beginning to bet at halftime. There certainly isn’t much time to think about it. In football, a ‘capper can spend all week thinking about a particular game; in basketball, a ‘capper usually spends much of the day making the decision about which sides and totals to back with a wager. But halftime lasts only fifteen minutes, and it generally takes the linesmakers a minute or two to set the line and make it available for the betting public. Which only gives the bettor a window of ten or twelve minutes to make a decision, shop for the best line and plunk down the cash for a wager. Clearly, bettors must think about halftime possibilities before the half ends. Also, bettors are often unable to think clearly when under the gun to make a decision. For those of you who do not have a clear head while the game is in progress, halftime betting is probably not a good option. And just as in regular wagering, it is crucial to search for the best line, as line variances can be dramatic from book to book. With only one half of the game to settle all bets, a half point here and there can take on even more importance than for a full game wager, because there’s less time to make up the difference.

An intelligent bettor should be able to avoid the pitfalls with experience. For beginning halftime bettors, I would strongly recommend that you keep your wager size below that of your normal standard wager. There is a steep learning curve, and not much time to make decisions. Once you have become more proficient and you begin to win at halftime betting on a regular basis, you can increase the size of your bets. Some ‘cappers are even willing to risk far more on a halftime bet than they would on a wager for the whole game! Try to keep these guidelines in mind as you get more involved with halftime wagering.