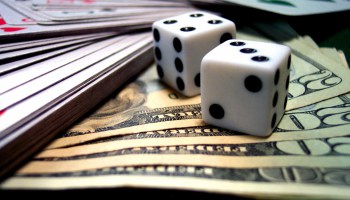 Buying Points
You can adjust the point spread on straight wagers and totals by buying up to two points on College Football, NFL and NBA or College Basketball. Points can be bought on the side or on the total. Each half point costs you an additional 10 cents to the dollar. Buying onto or off of the point spread of 3 or 7, in football only, the cost of the wager is 10 cents extra or $130 to win $100 (20 cents to the dollar instead of 10 cents).

Buying the Half Point in Football

Is a free half point in football worthwhile? The answer to that question depends upon the line for the game.

Many bettors will never buy a half point because it costs more money. Instead of laying the traditional 110 for 100 you are asked to lay 120 for every 100 if you buy the extra half point.

Does it help you when buying the extra half point on any other numbers like 6 or 7? The answer to that question is no. Long-term studies have been done to analyze all the situations where buying that extra half point would have helped you. The only situation that is profitable over the long haul is the half points right around the number three. Those four situations listed above are the only ones that will be profitable in the long run.

Let’s focus for a moment on that key number of three. Why is it so important that we get the extra half point? So many games have a three-point margin in the NFL that getting that half point bonus can turn a loss into a push, or a push into a win. For example, let’s say we have a team getting three points in an NFL game. We buy the extra half point to make it +3.5. We now get a win instead of a push if we lose by exactly three points. And it only costs us that extra 10 percent. The same thing happens in the other four situations as we turn a -3 into a -2.5 and get a win instead of a tie. Or when the game lands three and we gave -3 instead of the normal 3.5 we get a push instead of a loss. It also applies when we get +3 instead of the normal +2.5 and get a push instead of a loss. In the long-term it has shown to be profitable for the bettor to buy that half point onto, and off, of three. That is why many sportsbooks, including most in Las Vegas, will not let you do it. Many offshore sportsbooks will let you buy the half point in certain situations. It just depends upon their individual rules.

The key point to remember is to always buy the extra half point in the four situations listed above if the opportunity is available to you.