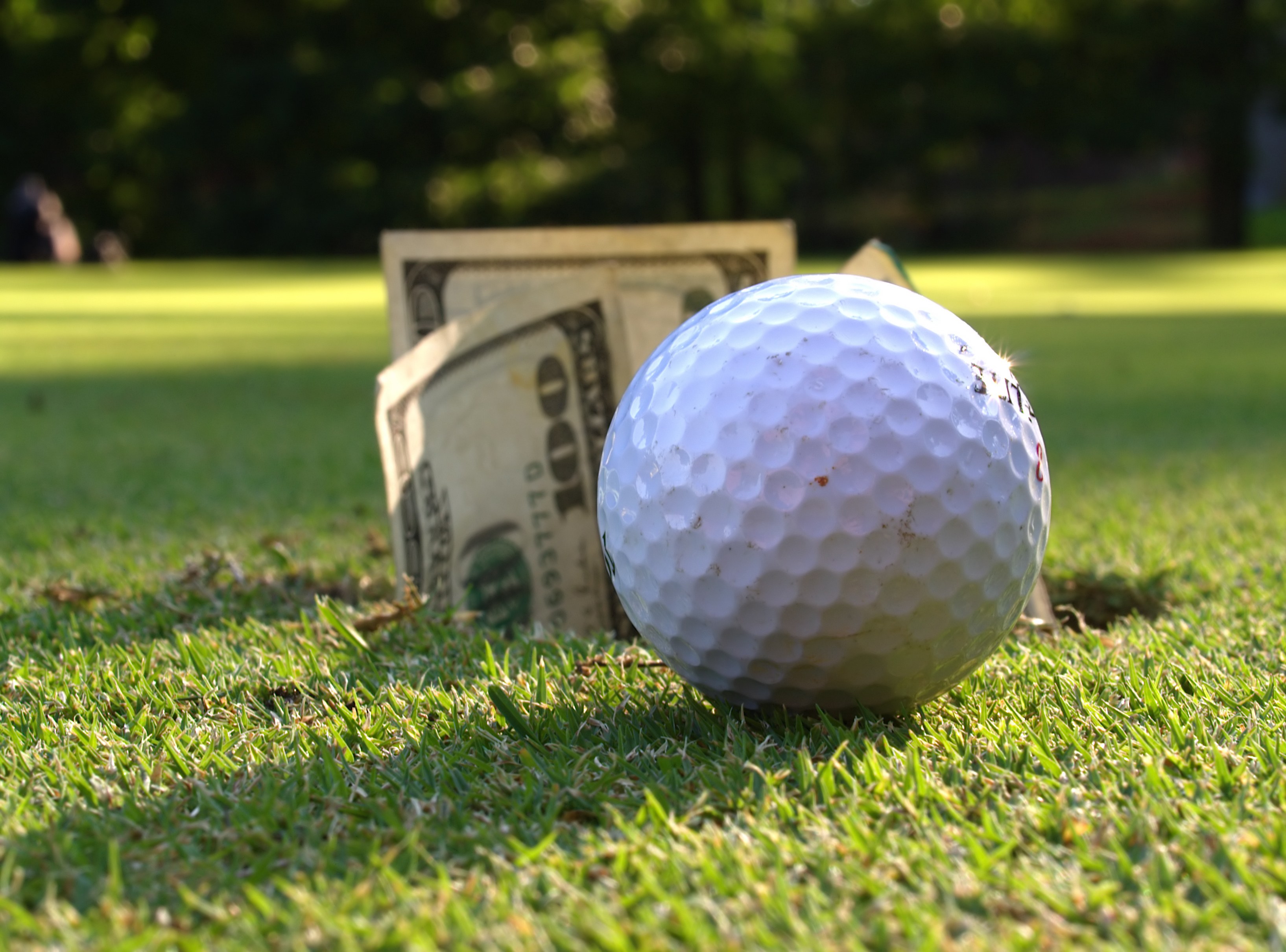 Golf The Purest of Bets

I admit that it is strange to write a golf column in the middle of March Madness but with the hype that The Masters will be getting in the next couple of weeks thanks to Martha Burk and Hootie Johnson, I just couldn’t resist.

As a book manager, golf is an enigma. The sport represents a books’ ideal target market, as golfers tend to be Internet savvy and affluent. I am sure most golfers wouldn’t pay $50 to play basketball, baseball or football for four hours but they think nothing of dropping that much, or several times that much, to play a round every weekend. Also, golfers are natural bettors. Every time I’ve been out (which isn’t often as I’m cheap and suck at the sport) my playing partners always want to bet on longest drive, closest to the pin, skins, etc. Money changes hands on almost every hole on a golf course and golf ratings on TV have been very good in recent years, but still for some reason golf betting just hasn’t exploded the way I think it could.

I think the main reason golf betting hasn’t taken off is that it is incredibly hard to pick the winner of any specific tournament (except maybe for betting on Tiger at the Bay Hill Invitational). That is why I want to focus not on Odds-to-Win an entire tournament, but rather on the head-to-head match-ups between individual players that have become very popular in the last couple of years. I must pay homage to King Creole (of www.playbook.com) who sent me an article he wrote on this topic a couple of years ago. It changed my way of thinking about every sport I bet on and introduced me to the profitable world of golf betting. In essence, his article detailed why golf head-to-head match-ups should be considered the simplest form of sports betting. Let me explain.

When you bet on team sports, you have at least five and as many as fifty players that will have an outcome on the game. Bettors often look for psychological reasons to play on or against a team, but those reasons must be clouded a little when you are trying to determine the mental state of dozens of players. Imagine Kobe is banged up and in a slump, Shaq is finally healthy and feeling pumped up and Rick Fox is in a zone where he can’t miss. How would you play on the Lakers in this situation? Now consider a head-to-head match-up in golf, there are just the two players to consider (do the caddies really count?). If Tiger is on fire and Els is slumping, it’s much easier to know where to put your money.

How about time clocks and referees? Have you ever lost a bet on a bad call or because your team “ran out of time”? I am sure the answer is yes to both. In golf head-to-heads, there is no clock to run out and referee decisions are as rare as a Shaq 3-pointer (OK, maybe not that rare, but you get the point). The match is also held over four days so breaks, good or bad, tend to even out.

Also, these match-ups are easy to handicap. You can view a player’s performance in recent weeks to see if he is hot or cold or you can view previous year’s results on the same course. Every player has a slightly different set of skills and play better on some courses than others.

Similar arguments exist for auto-racing match-ups but you never have to worry about a golfer blowing a tire on the last lap or running out of gas (unless you have ever bet on Phil Mickelson or Greg Norman but I digress…). Injuries are also less of a concern in golf than they are in other sports. If a golfer cannot play, he doesn’t get paid so they take good care of themselves (and hopefully nobody is running into them) and if they are injured, they tend to take some time off and make sure they are fully healed before participating to prevent permanent injury. How many times have you bet on a team and then found out a key player is hurt? Yeah, I hate that feeling too.

I think you get the idea. Every Wednesday, you should be looking through the weekend’s PGA match-ups as thoroughly as you would the baseball or basketball card if you want to be a more profitable sports bettor, especially if you are a golf fan (or just plan on watching the final round on TV and want it to be a little more exciting). Many bettors don’t like golf wagering because their money is tied up for four days. This is a poor excuse and is indicative of poor money management. With a little research and a little planning, betting golf head-to-heads can make you a more profitable bettor and make rainy Sunday afternoons a little more exciting.

In the last year, I have received numerous emails on golf from perhaps the only handicapper in the world that only picks golf head-to-heads, The Bounty Hunter. As a former reporter and avid golfer (he nearly made the PGA Tour), he has spent years and tens of thousands of dollars developing a system for picking golf winners and his motto is “There is ‘green’ available in golf bets”. He correctly points out that books do not get enough action on golf to justify spending the amount of time handicapping match-ups that he does. At last check, he was 5-0 on the year! (The Bounty Hunter is a very private guy so if you are interested in his services, email me and I will pass on your information).

If golf head-to-heads are beatable, why don’t more bettors play them? Simple, most do not want to tie their money up for four days at a time. In the last year, some books, including us, have started offering head-to-head match-ups for individual rounds of major tournaments. Although there is more unpredictability with a single round than there is with an entire tournament, bettors have embraced this format and I would expect the trend to continue.

In fact, the head-to-head single round betting format is becoming so popular that WGC Match-Play Championship held last month was our most bet golf tourney ever. The fact that the golfers were actually competing head-to-head, as opposed to having to think about the entire field, seemed to really attract bettors. Perhaps the PGA will take notice of the added interest and add more match-play style tourneys in the years ahead. If this ever happened, sportsbooks might have to hire full time golf handicappers!

I’ll be back in two weeks with a recap of March Madness. For now let me say that the opening weekend was good for the books but there are a lot of big games left.