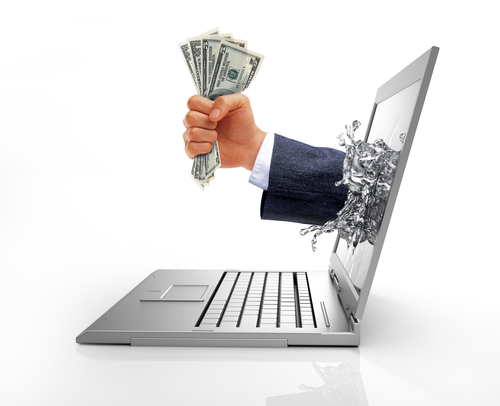 Last week, I put on my bettor/handicapper hat and discussed the advantages of betting basketball from that point of view. I want to thank Big Al McMordie again for his thoughts on the subject. Now, I want to talk about basketball a little more from the perspective of a book manager, and I will thank BoDog’s number-one guy, Kent, in advance for his input into this article.

I asked Kent to compare football and basketball from his standpoint as a bookmaker, and this is a summary of the conversation. Traditionally, basketball has been less profitable than football on a percentage basis for a few reasons.

First, players play fewer teasers in basketball than in football. Teasers retain a higher percentage for the house than do straights, so fewer teasers means a slightly lower hold percentage. The theory is that there is more teaser action in football because of key numbers. Teasing the NY Giants from -8 to -2 crosses the key numbers of 7,6,4 and 3 and should greatly increase the chance of winning that bet. On the other hand, the impact of teasing the NY Knicks from -7 to -3 is more difficult to measure, as there are no key numbers crossed in that play. I’ll talk about this a little bit more in a moment.

Second, there are more games so any one upset is less likely to impact the bottom line as much as any one football game. Imagine what a Monday Night Football game upset would do for the numbers. It would take 10-12 basketball upsets during the week to have the same positive effect on the bottom line. The biggest reason for basketball holding slightly less than football is the same reason teasers get less action and that the lines are easier to run from the House’s viewpoint – no key numbers. Moving the line from -2.5 to -3 to -3.5 to -4 would never be done in football, but isn’t uncommon in basketball. If the favorite wins by 3, the book can be middled. If the favorite wins by 4, the book can be sided. As a result of the more frequent line moves, sides and middles are slightly more common, and the House holds a slightly lower percentage.

I want to talk about the key number issue for just a moment. I have received several emails from readers saying that they’ve read about 4 or 5 being key numbers in basketball. I asked a couple of professional gamblers, as well as Kent, what they thought of this theory and there seemed to be a consensus. All agreed that 4 and 5 are important numbers, but not because the score lands there often. It is important because of the change in the style of play late in a game around these scores. If a team is down by 3, they can tie the score with a single possession and are usually more willing to play defense than they would be if they were down by 4 or more. Being down by at least two possessions forces them to foul the opposition and this changes the complexion of the game greatly. Also, with basketball teasers being 4, 4.5 or 5 points, a tease from being a favorite of 5 to being a favorite of -.5 is a popular play because it means the favorite just has to win outright. Kent mentioned that moving from -4.5 to -5.5 doesn’t have near the same effect of moving from -5.5 to -6.5 in football. He sums it up with “The majority of basketball bettors are just looking for the best line they can get, and key numbers doesn’t figure into their thinking very much, if at all.”

Another topic that was asked about in emails was the impact of professional gamblers in basketball vs. football. I brought this up in my discussion with Kent as well. “All the sharpest players play football AND basketball” he said, “but not all recreational gamblers play basketball, so there is a higher percentage of wiseguy dollars in hoops than there is in football”. I touched on this very issue a little bit in my last column so I won’t harp on why I think everybody should bet basketball here, but suffice it to say that the access to information also impacts basketball betting significantly. It wasn’t very long ago that inside information was worth its weight in gold when it came to betting sports. Knowing who was playing hurt, or who might not play at all, or who was being traded etc. meant that a bettor could lay big sums knowing that he would hit enough winners based in that info to turn a profit. Nowadays, that information is plastered all over the Internet, especially in football. Detailed, accurate injury reports, weather forecasts, etc. mean that the average bettor now has access to the same information that was available only to the wealthy and well-connected just a decade ago. Basketball is following suit, although there definitely still exists the opportunity for insiders to gain the upper hand. I asked Kent for an example and he laughed, noting that there was one just the other day. “This past Friday, the 76ers were a 1.5-point favorite and the action was balanced. Late in the day, action began to pour in on New Jersey and we couldn’t figure out why. We moved to -1 and then to “Pick” to balance it, but the action was still coming in big lumps on New Jersey. We were getting concerned, and then word came that Allen Iverson (of the 76ers) showed up late for the shoot-around for a game against the Nets and wasn’t going to start. Apparently it was being reported on the radio in Philly and so some people were betting on the Nets, thinking Iverson would be steamed. Once the information was public, the steam on the game slowed and then stopped. Iverson comes off the bench with the 76ers already leading and pops in 43, the Nets lose by 8 and we cashed in on players trying to bet with inside information. It doesn’t always work this way, so we were glad this game worked out.”

There is one last topic from the emails that I want to discuss before I ask Kent for his comments on the college season to date. I had several questions about why totals are offered for just a few college basketball games, usually televised ones. I talked to a couple of book managers (Kent was still away) to get the answer, and it boils down to volume. If events have very little wagering activity, then the house takes on a lot more risk if any one bettor makes a large play. At this point, there is not enough interest in college totals on non-televised games for books to offer lines on all of them. College totals have also been havens for professional bettors, although as I mentioned above, the spread of “inside information” is making these havens harder to find. However, I believe we are only a season or two away from having totals offered on all games. After all, it wasn’t that long ago that Halftime wagering was only available for TV games.

Before I sign off today, I wanted to get Kent’s thoughts on March Madness and the College basketball season as a whole. “This season has been a good one for us so far. The parity in the PAC 10 mirrors the whole season, as there have been big upsets every week. The tournament is almost as busy as the college football bowl season for us, and perhaps is even more exciting. 64 televised games over 20 days makes for big handle, and that’s all we can ask for.”

Thanks again to Kent for his willingness to share his data and to all the readers who have written over the last couple of weeks with questions and comments. I’ll be back in a couple of weeks with a look at NASCAR for all those who have written to me about it. I’ll also have a look at how the brackets are progressing, and see if I can get any tips from the handicappers, bettors or bookmakers I talk to. Enjoy the start of March Madness!